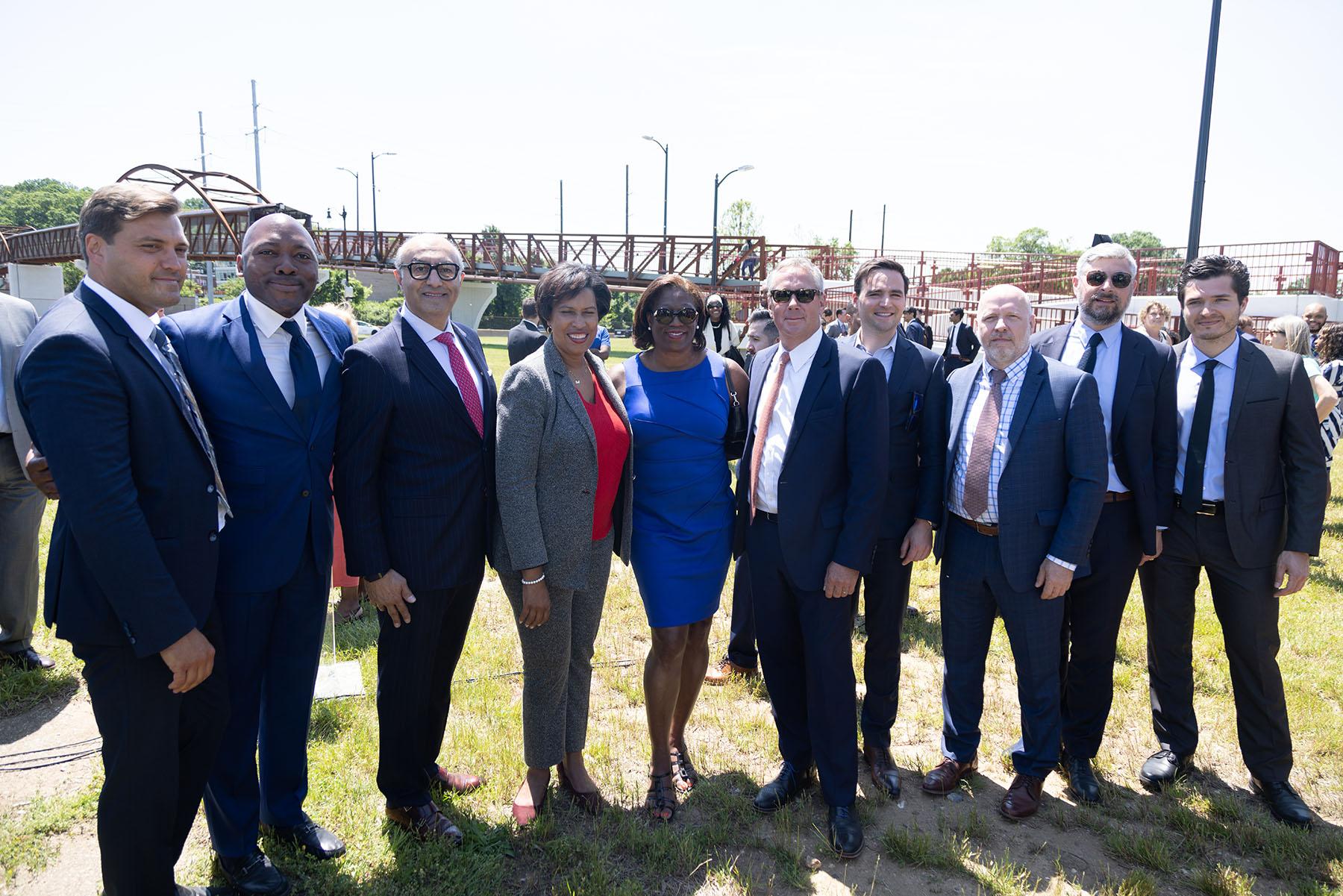 The District of Columbia has partnered with Plenary Americas, Phoenix Infrastructure, Kiewit, ENGIE North America, and EQUANS to deliver the Nation’s largest urban streetlight modernization project which will upgrade more than 75,000 streetlights, with a 50% reduction in energy consumption, while extending WI-FI coverage to underserved neighborhoods.

For decades, streetlights throughout Washington, D.C., have used a variety of inefficient bulb technologies, including incandescent and high-pressure sodium. The District has also long relied on residents calling 311 to report streetlight outages. Alongside the efficient lighting technologies, the project will install smart city technology components, including a remote monitoring, which will help minimize outage response times, and control system and wireless access points. By delivering widescale Wi-Fi coverage, the DC Smart Street Lighting Project will help close the digital divide and advance D.C.’s progress toward its goal of citywide broadband access.

“With this project, we’re doing so much more than just replacing lights – we’re making our streets safer, our communities more connected, and our city more resilient,” said Mayor Muriel Bowser. “I’m proud that with the District’s first public-private partnership, years in the making and partly financed through the DC Revenue Bond program, we’re building a stronger, brighter DC.” 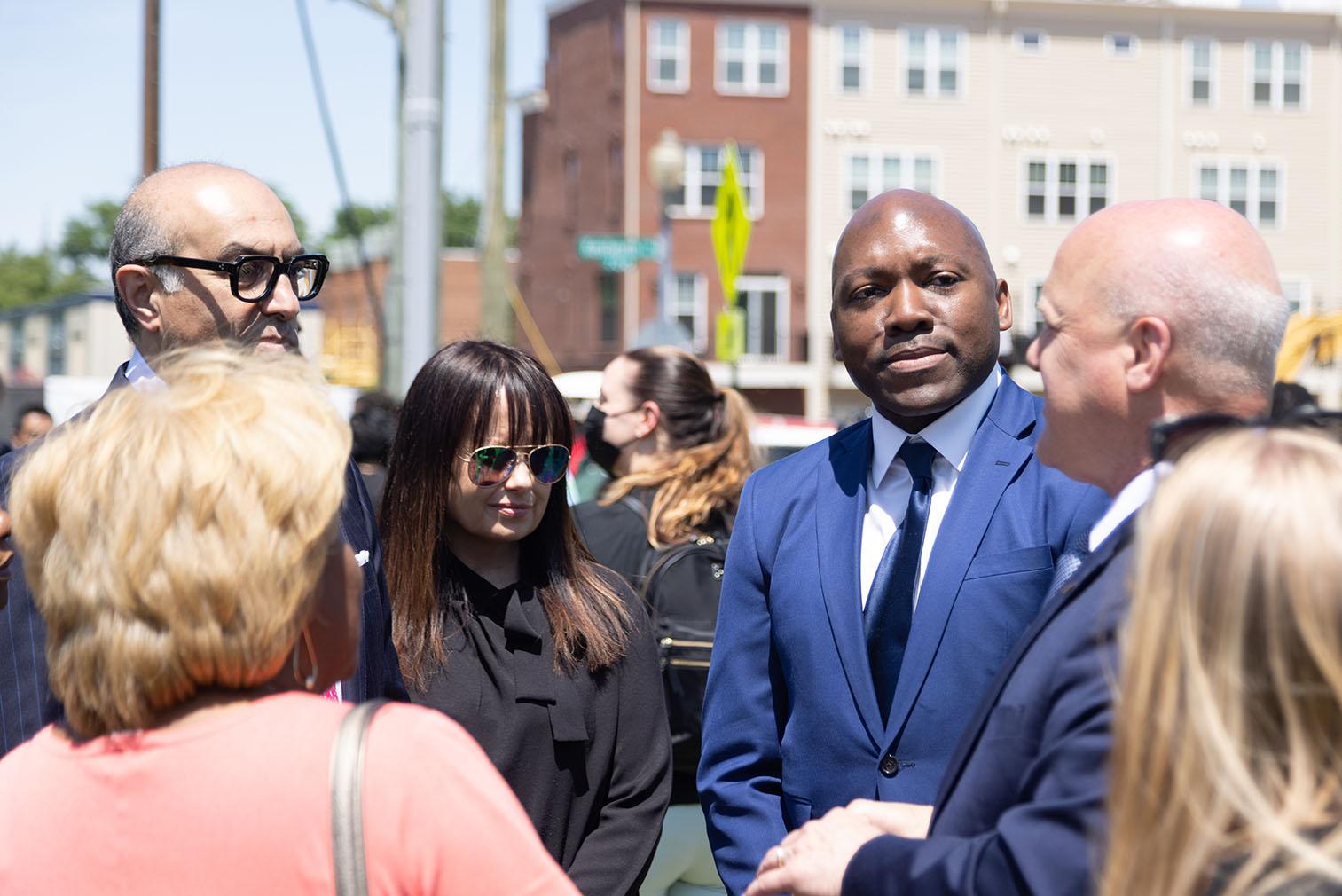 AIAI Board Representative Sia Kusha from Plenary Americas remarked: “ The fact that Mitch accompanied the Mayor on behalf of the President and the Administration and in support of the IIJA, said plenty with respect to the importance of delivering infrastructure through leveraging private sector engagement at all levels.

Also, it is important to remember that our project predates the IIJA, but the Mayor and Mitch along with the DC Infra Coordinating task force chose our project as the backdrop for the press event to re-emphasize the need for, and the significant benefits of private equity developer lead consortium, private financing, performance based contracting, and appropriate risk transfer to address long overdue infrastructure needs in the District. It is certainly not lost on us that the success of our project can and will be the basis for future P3s in the District.

We’re delighted to be the partner of choice for the District in delivering the DC Street Lights program and look forward to working with Mitch and his team to continue to deliver on other programs embodied within the promise of IIJA.” 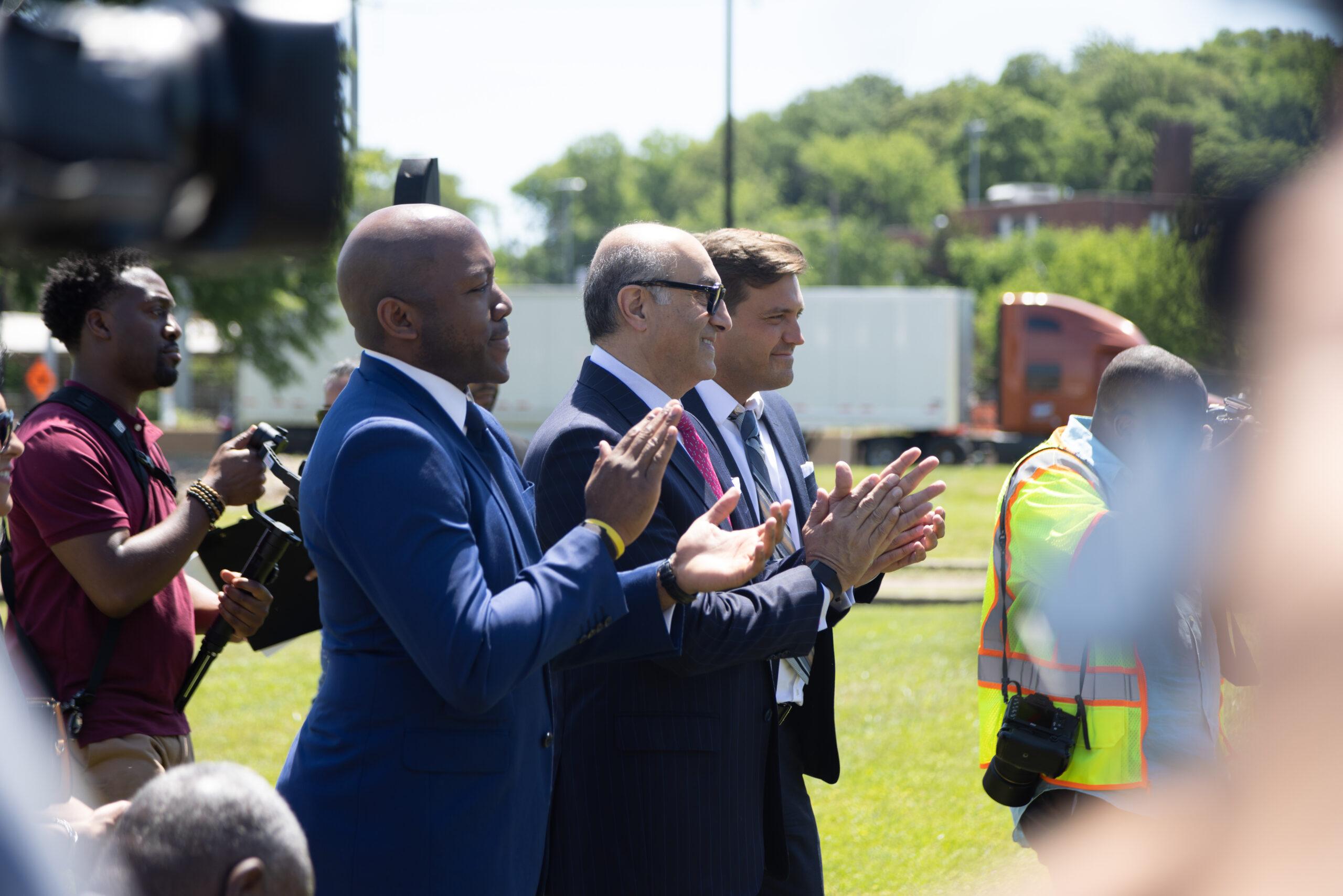 “Wednesday served as a significant milestone for the District and the P3 infrastructure space for several reasons that really came full circle yesterday. Having the Mayor of DC there providing talking points about a P3 office that she herself legislated as a councilwoman back in 2014 must have been personally satisfying for her. Additionally, hearing former New Orleans Mayor Mitch Landrieu, now the Infrastructure Czar for the Biden Administration, describe how our project directly touched the sustainability and social initiatives within the spirit of the IIJA, was extremely rewarding. DC and the DC region has delivered on innovative infrastructure projects in a way that can truly be transformational for the region and for our industry. I am proud of my adopted hometown of DC and its project champions like DDot COO Kathryn Roos in delivering on their promises not only to our industry but more importantly to the community, particularly the underserved. This is a model for the rest of the country.” Jeremy Ebie, Phoenix Infrastructure Group

“We are tremendously proud to partner with the District on the D.C. Smart Street Lighting project, which will bring lasting, sustainable benefits to the community. It is a compelling example of how public-private collaboration can provide access to capital, drive innovation and accelerate project timelines. Kiewit has been engaged on a wide variety of P3s throughout North America and looks forward to leveraging our experience on this project.” Sam Chai, President of Kiewit Development Company.

“AIAI is delighted with the progress of the P3 model within the US. To see such strides being made by our members is testament to the energy and dedication to the promotion of the model that we see through our education and advocacy efforts – which ultimately lead to project success.” commented Lisa Buglione, Executive Director of AIAI. “Embracing the P3 model allows local and state government to deliver value to their communities through quality infrastructure and long term value capture through life cycle asset management. Kudos to the Mayor for her innovative thought leadership and the DC Council for supporting that vision. In addition, we commend DCDOT on their hard work and efforts on the program implementation.”